Our team constitutes a balanced and diverse group, well equipped to carry out its functions as a governing body on behalf of all stakeholders. It is led by a group of the organisation’s most senior managers who are responsible for the long-term success of the company.

Vivier’s strategic and operational activities are headed by: 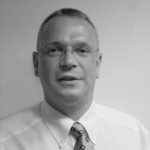 Martin brings a wealth of knowledge from the financial sector, in particular in the areas ‎of mergers ‎and acquisitions, corporate and board affairs as well as financial transformation. Martin graduated ‎from Vienna University of Economics and Business in 1994. He subsequently became CFO and ‎then ‎CEO of Central and Eastern Europe for long-established Winterthur Insurance, founded in 1875 in ‎‎Switzerland. Throughout the time that Martin led the CEE executive team, Winterthur was a major ‎subsidiary of Credit ‎Suisse.‎ 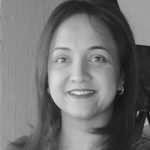 Sharon has a Bachelor of Laws (LLB) Degree and is an admitted Attorney of the High Court of South Africa. She has over 17 years of working experience in the corporate legal sector. She has worked in law firms specialising in commercial contracts, structured finance, and commercial litigation. Sharon has spent more than 10 years as a Legal Advisor and Risk Manager in the Banking and Finance industry where she gained experience in litigation and corporate and investment banking, including cross-border transactions. Sharon has a University Certificate in Banking Law and Euromoney Loan Documentation. 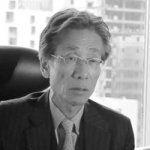 Yuji is the Regional Director for Far East Asia, and is an experienced, skillful, well-educated investment banker and corporate finance specialist. He has led fund-raising activities for more than 300 Japanese and Asian enterprises over the course of his career, as well as having added value in Mongolia for extended periods through cross-border financing.

Manish is an IT professional with a solid business background and more than five years of industry experience ‎specializing in IT & Operations management. He holds a master’s degree in Security and Privacy with a Business minor and a Bachelors’s in ‎Computer Science. He previously worked as a CTO for secure scanners and a software engineer for 10 Pearls and Sapphire Commodities. He’s also been an expert IT advisor at several technology-based startups. 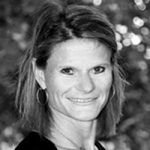 Anita is a Vice President and Chief Human Resources Officer of Vivier Group. Anita has real estate experience spanning some twenty years and the ability to manage developments from the initial design process through the build and hand over. As well as managing her own real estate portfolio, she has owned and directed a high-end interior design, build and development company that covers all disciplines within the property design and development industry and focuses on encouraging people to live in a more sustainable manner.