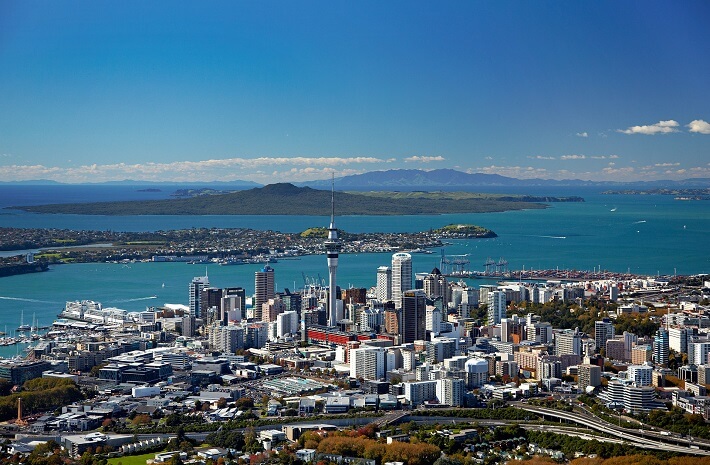 Unlike many larger OECD countries, New Zealand did not suffer the severe recession that hit most of its peers.  Many investors and others wondered why and this was largely due to the strict banking and lending standards that New Zealand has in place. This regulatory environment meant that the subprime loan market, which caused the recession, didn’t affect the country, since New Zealand had virtually no subprime market to begin with. When a country’s banks are not making risky loans, the effects from an economic slowdown are not nearly so severe as they inevitably must be in other countries that do have an unsound subprime loan market.

New Zealand enjoys other financial advantages from which its investors profit.  The economy of the country is diverse.  Moreover, its central government has successfully positioned its economy as a global leader amongst smaller nations.  In the currency exchange market, this has constantly held true. New Zealand’s comparative advantage is maintained, even as the U.S. economy improves.  Likewise, the currency has gained as well and in fact, the currency of New Zealand is considered the  second best performer against the U.S. dollar among 16 major peers tracked by Bloomberg in 2014, with gains approaching 4%: unlike others, such as Canada, which suffered the biggest loss at -3.6%.

Recently, New Zealand’s dollar has further benefited from a Central Bank that in 2014 became the first in the developed world to raise interest rates since 2011.  At the same time, an economic revival is currently in progress, boosting its currency.  It is also noteworthy that New Zealand’s currency has been unaffected by plummeting oil prices.  That is largely due to the fortunate fact that the country is not nearly as commodity-dependent and resource-reliant as are so many others.

The land of the Kiwi has a vibrant export economy – dairy production being its flagship export commodity. The developing world has a thirst for increased dairy usage and New Zealand’s economy will be the beneficiary of this for many years to come. New Zealand is also very stable politically, as well as financially, and it enjoys one of the highest standards of living of any OECD country. There is very little corruption and both ruling parties are centrist in ideology.   Thus, no wild policy swings can be expected if the government changes.

Due to New Zealand’s relative close proximity to Asia, too, it has long been considered a safe haven for investors from Asia’s developed countries, particularly China and Japan. These investors are also attracted to the country’s lifestyle, with its good schools, low crime rate and clean environment.  New Zealand in turn counts China as its largest export market, and speculation is rife that policy- makers there will take emergency steps to stimulate the struggling Chinese economy and in so doing give a further boost to New Zealand’s strong dollar.

New Zealand’s economic success story offers investors peace of mind, knowing that they can invest safely, and with high confidence in their yield outpacing that of comparable investments virtually anywhere else in the world.

Luigi Wewege is CEO of Vivier & Co, a boutique Financial Service Provider in New Zealand offering no cost, above average returns for investors.

Vivier and Company Limited (‘VCL’) is registered in New Zealand under number: 1130618. VCL is a member of Financial Services Complaints Limited a New Zealand Government approved Dispute Resolution Scheme, and maintains an insurance policy with Standard and Poor’s A+ rated insurers, providing a NZD2,000,000 indemnity on any one claim/loss in the aggregate.